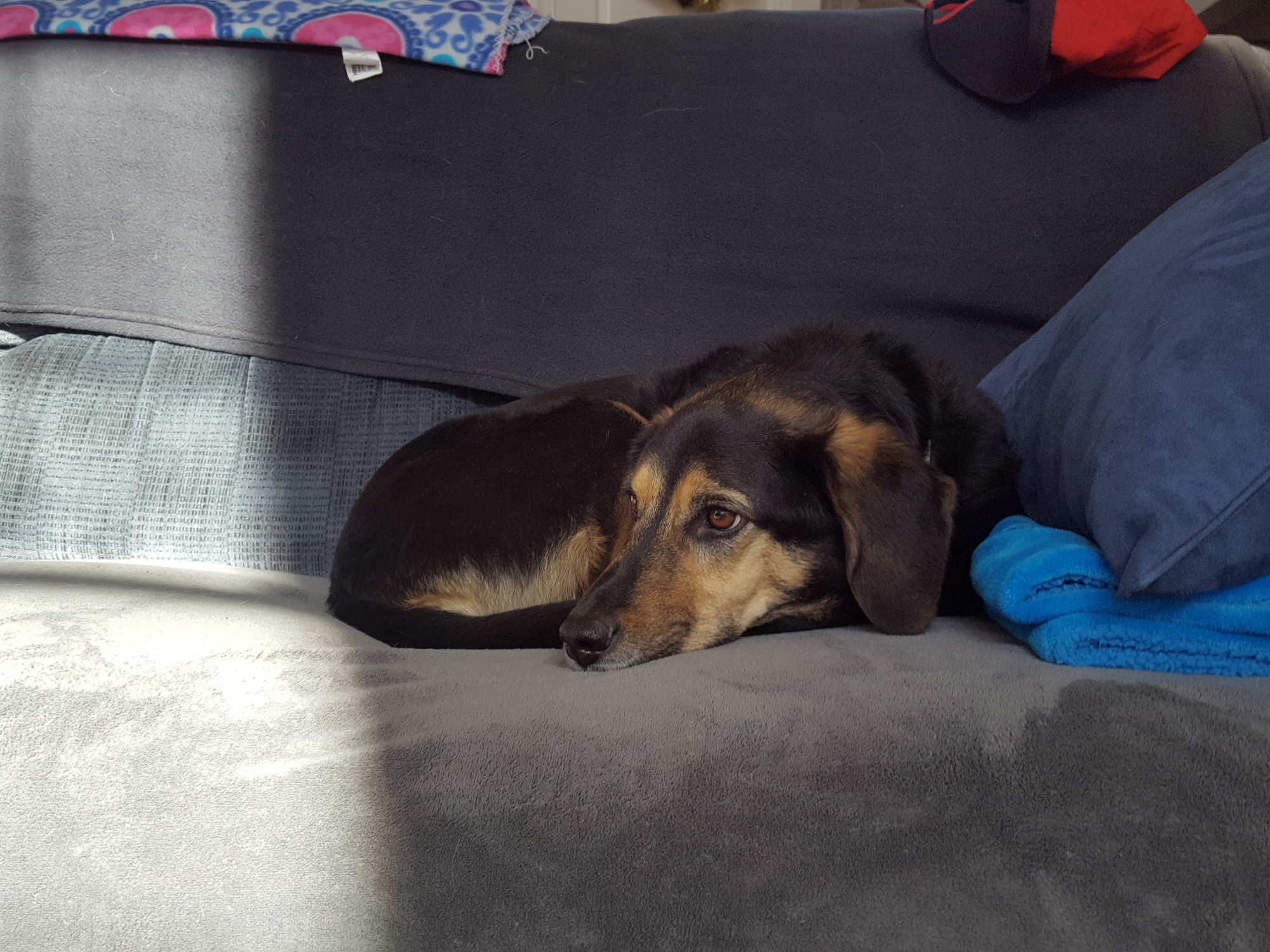 Daisy likes to snuggle on the couch with her humans.  However, she doesn’t like that her humans move while they are on the couch.  Daisy has huffed once or twice at Auntie when she was laying down sleeping, because Daisy sometimes considers breathing too much movement.  Daisy’s solution is to curl up in the corner of a couch and watch her humans.

This is a text widget. You can use text widgets to display text, links, images, HTML, or a combination of these. Edit all of these widgets in the Customizer Widget section.