Yesterday and today, have been very windy.  Auntie had to go and take the flag in because she was afraid it would rip off the flag pole.  Because of that Little Man and I are being told “NO” a lot.  We keep thinking there is knocking at a door so we go and run to the door and bark to let Auntie know, because she isn’t moving towards the door.  Auntie usually brings us back to the couch, but she has opened the door once or twice and told us it is just wind hitting the wind-chimes.  Who is wind? why does he keep hitting the wind-chimes?  what are wind-chimes?  I tried to go outside to see, but Auntie said NO.  I promise I wont run away, but she doesn’t let me out front without a leash.

Little Man and I have enjoyed time in the backyard, because it is so windy he has fallen over when walking, so our humans decided for now we do our business in the backyard.

Little Man gets to the bottom of the stairs takes three steps, goes, and runs back up the stairs and waits at the door, while I sniff around to find the perfect spot and see what else has been in the back yard lately. 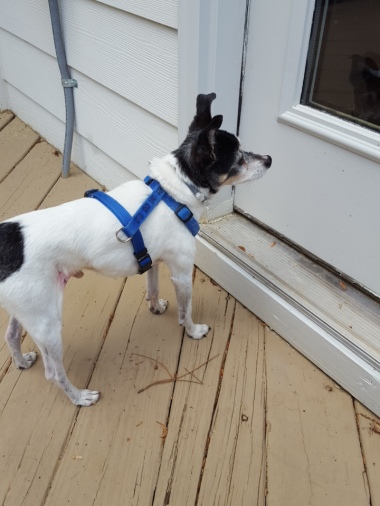 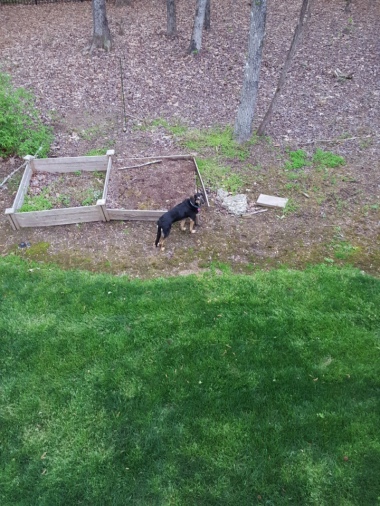 The problem is that it gets so windy that the Grill Gazebo was being moved and Auntie felt that meant I should not be outside alone.  Little Man was mad at me for taking so long.  After being yelled at several times not to run to the door and running around outside in the wind I wanted a nap.  But it is so bright, so I hid my head in one of the dog beds our humans have for us.

Last night was windy too, and Mom and Dad had a dinner event so Auntie decided instead of fighting with us to stay in a bed, she would just let us sleep on the couch.  It is too cute of a picture not to share. 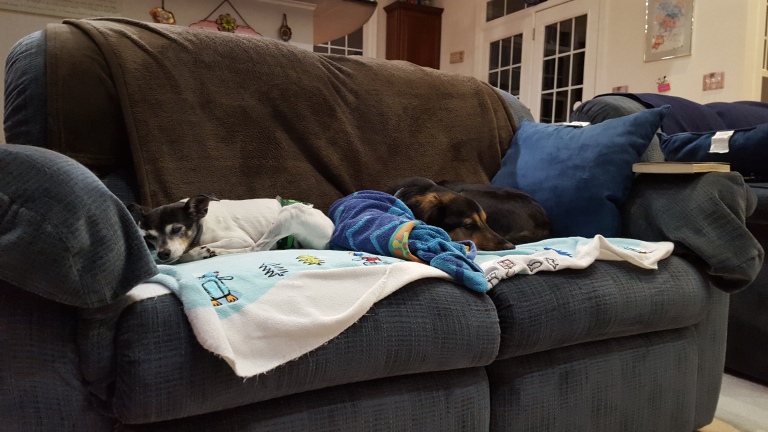 After the wind yesterday and today I have decided that it is bad to take long walks in, but good to get cuddle time inside.  Since I care equally about cuddles and walking I think wind is not a bad thing, but it is not a great thing either.

I hope the wind is treating you kindly, the wind where I live is 40 mph gusts and the gusts have been going all day.  I doesn’t look like I will be getting a walk today 😦

This is a text widget. You can use text widgets to display text, links, images, HTML, or a combination of these. Edit all of these widgets in the Customizer Widget section.